Srinagar is the capital of Kashmir and the summer capital of Jammu and Kashmir province. Other than violence, Kashmir is known for its wide range of handicrafts including beautiful hand embroidery that you see on most local dress. Srinagar is known for Dal Lake and the thousands of houseboats that have inhabited it since the British era, when they were built to get around a law preventing the British from owning land in the city. The old city feels like an old medieval European city, with locals going about their daily lives. The new city, where the tourist area is concentrated is heavily polluted and full of annoying/aggressive touts. The unbelievable army/police presence in the city is probably more disconcerting to locals than it is for us. We tended to believe the Kashmiri saying that for every Kashmiri in Kashmir there are two Indian soldiers. Its very easy to understand local frustrations.
Read More 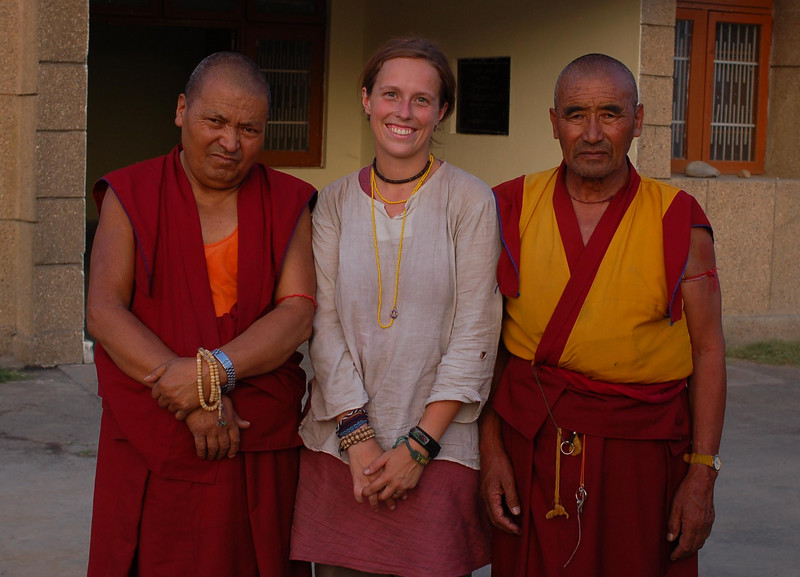 Emilie and a monk from Zanskar on the left and our Ladahki monk on the right (safe at Ladakh House in Jammu).