Bokor National Park is located 40km fron Kampot, the park houses a former French hill station complete with a casino (Bokor Palace) an auberge and a vast number of other buildings. It was also used as a villa for King Sihanouk. During the Khmer Rouge years and the subsequent Vietnamese libaration/occupation it saw its share of fighting, being an obvious strategic location. The evidence of fighting is still very present, bullet holes in the buildings and the presence and undetonated land mines off the marked paths. The jungle that surrounds the hill station has a diverse fauna and flora but its most notable inhabitant is a three-legged tiger names Tripod.
Read More 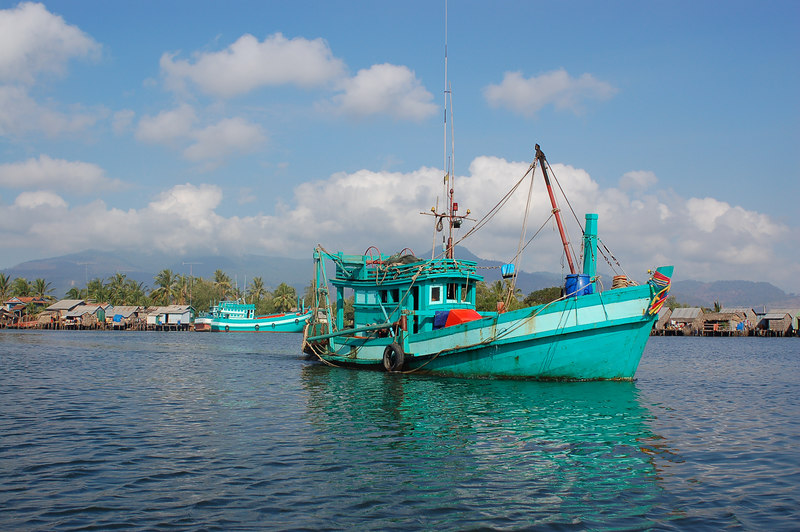 We begin the day with a boat ride, Bokor hill is visible in the background.